Two Long Courses in Search of Students: Dante’s Divine Comedy and The Book of Books

I’m hoping to get these two long courses booked soon, so if you haven’t already expressed interest, now’s the time.  Use the “Contact Us” link to send me a message.  Thanks!

The Book of Books: The Bible in English Literature 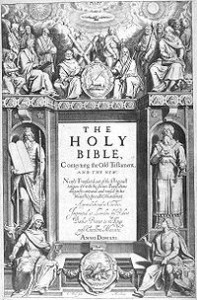 The influence of the Bible on western culture and literature is simply beyond calculating.  But we won’t let that stop us!  In this unit we will survey some of the major themes, images and literary genres of the Bible and trace their impact on the literary imagination of English-language authors from medieval to modern.  Students will be asked to bring Bibles.  Any modern translation with Old and New Testaments will serve.  I recommend the King James Version, which is most relevant to the literary issues we’ll be discussing, or the Jerusalem (or New Jerusalem) Bible, which is an excellent Catholic translation with the Apocrypha.  I will assemble an anthology of literary texts, from medieval to modern, that we will read for our discussions of the Bible’s impact on English literature. 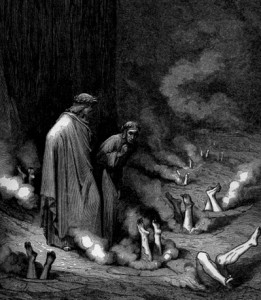 Another enormously influential work of the Western canon, Dante’s Divine Comedy has been shaping our notions of heaven and hell for seven centuries.  Dante’s uncanny literary vision of life, the universe, and everything beyond delights, astounds, horrifies and inspires by turns, in some of the most sumptuous poetry ever committed to paper.  In a good English translation, it still packs a considerable wallop.  In this course we will read and discuss all three sections of the Comedy—the Inferno, the Purgatorio, and the Paradiso.
Students will be asked to bring any English translation of The Divine Comedy.  I can recommend those of Allen Mandelbaum, Mark Musa, Dorothy Sayers, John and Jill Hollander, and, for fun, Clive James.  There are many others that would do equally well, except perhaps Longfellow’s, which has just dated a bit.  Sorry, Henry Wadsworth . . .

This entry was posted in Courses and Seminars, News and Articles. Bookmark the permalink.